ClearTech started out as Prairie Industrial Chemicals Ltd. in 1977 to distribute chemicals from a Saskatoon chlor-alkali manufacturer. Prairie Industrial's customer base expanded quickly over the first decade as they added new products and by the late 80’s, the company became the premier chemical distributor serving both the water and wastewater markets in Saskatchewan, Alberta, and Manitoba. A corporate re-organization in 1992 turned Prairie Industrial Chemicals into a holding company and PrairieChem Inc. took over the original chemical business.

In 2000, the company acquired Fryston Canada Inc., an Ontario based distributor of water treatment instrumentation, and industrial air and vacuum systems. The company also took on the business of Carbon and Filtration Products of Toronto.

In 2000, PrairieChem adopted the current name, ClearTech Industries Inc., and established a common corporate identity at all locations.

In 2008, ClearTech acquired the Edmonton, Alberta manufacturing assets of Clorox Canada and in 2012, took over Advance Chemicals Ltd in Port Coquitlam, British Columbia.

Today, ClearTech is a name recognized throughout Canada for Responsible Distribution of chemical products, as well as chemical feed and transfer pumps, weighing systems, analytical products, and process equipment. With 10 facilities in 7 major centers across Canada, ClearTech truly is a national entity but we continue to support the prairie values and work ethic that formed our original foundation. 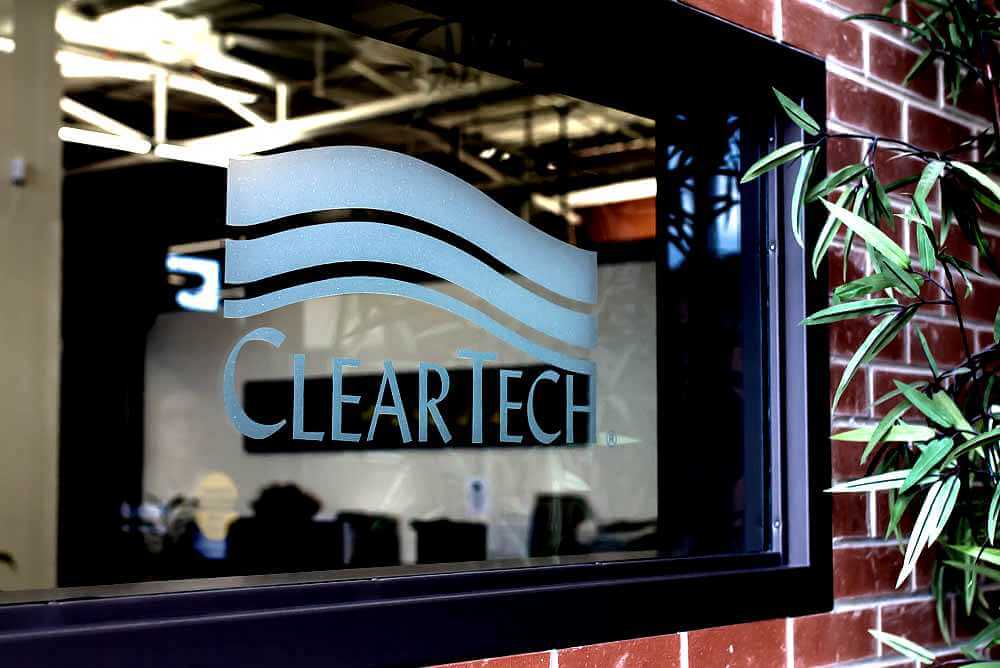